The Gimlet began as my favorite cocktail as many favorite cocktails do- I liked the name. Or maybe my favorite character in a novel or a movie exclusively drank gimlets. Perhaps it was both. To be honest, I was probably 23 when it started, and I can't remember. The origin is far removed now from the fact of it. That's the way, often, with favorite cocktails. We're intrigured, then we try, and if we like, we replicate.

I am a person who feels comforted by repition, and bolstered by the innane idea that having "signatures" (i.e. scent, color, cocktails) helps to define the muddy outline of who I am. In reality I know that each person I meet has a different impression or experience with me that makes up their definition of me, and that the person I consider myself to be exists only in my own head, for my own enjoyment or torture, depending on the frame of mind. There is no such thing as to be "known." This is not something I dwell on. Instead, I color the smudged outlines of myself with thick black outlines such as, "I am a person who loves the color of grey-blue of Swedish summer house shutters or a stormy oceanscape" and "I am a person who orders gimlets at bars." This sounds extremly obnoxious to admit in black and white but it is nonetheless true, and I am person who is also honest with oneself and self aware of the (many) ways in which I am pretentious. Anyway- on ordering gimlets: this often means that I am a person left to drink my second choice because many bars do not offer gimlets. But when they do- oh when they do!

You may not be a person who drinks gimlets exclusively when out, or even at all. I hope we can change that, right now. Gimlets are a wonderful cocktail to drink, if not to aid in the creation of a personna. The combination of gin, lime juice, and sugar is very accessible, so you should be able to order some version of a gimlet at nearly any bar. They are even a thrifty choice, since they pack a liquor punch. You won't need 3 of these.

Gimlets also have a fun backstory, which makes for decent cocktail hour conversation.

The gimlet was invented by a naval officer by the name of Gimlette in the 19th century. I am a person who confuses centuries, so for those like me, this means the late 1800's. The drink combined gin, the most common spirit drank by officers at the time (crewmates had rations of rum), and lime juice. Why? Because citrus, a fruit made possible for Brits by global trade and colonization, aided in the prevention of scurvy for sailors who had my nightmare diet of almost nothing fresh for months on end while at sea. Yuck.

Story goes that in order to promote the drinking of lime juice for scurvy prevention, it was mixed with gin. I compare this in my brain to wrapping my dog's medicines in a slab of deli meat. It worked. The typical drink consumed at large by sailors thereafter was grog, made with lime juice and rum, but the Gimlet was invented in the process and so popularized.

Rose’s Lime Cordial was used in the original recipe, as published in 1923 (1923 Harry’s ABC of Mixing Cocktails, Harry's Bar, New York.) Rose's cordial was released by Lauchlan Rose in 1867. Cordial allowed for the vitamin C that the sailors desperatly needed to be preserved and taste delicious, whereas fresh citrus fruit often rotted at sea. It was an astute business move after a British law was passed to protect sailors from the diease. It decreed that vessels sailing under the crown should carry lime juice and serve it in daily rations. Lauchlan saw oppurtunity, and bottled it.

I look up to Rose, for obvious reasons, as a fellow syrup entrepreneur. However, like most modern bartenders, I take the gimlet in a fresher direction.

Rose's in incredibly sweet, and will definitly do in a pinch. But fresh lime juice, ammended by a bit of simple syrup, is my modern preference for this classic cocktail. And, ya know, a lot of herbs. This very simple and delicious drink makes a perfect backdrop for your garden to show off whatever is growing at the moment. Rosemary? Absolutly. Berries? Sure. Cucumber? Very LA of you. Fennel? Why not?

Lemon Herb is my favorite syrup for a gimlet. You may, of course, find your own favorite by trying whatever variety of Simple Goodness Sisters syrups you like. Further invention can come from whether you serve your gimlet in a stemmed glass "up" (shaken with ice but served without) like you may receive if you order a gimlet in a craft cocktail bar, or in a pint glass over ice with a splash of club soda, which is how I often receive it. Sometimes bartenders will leave out the simple syrup entirely, giving me a gin and soda with lime juice, which I definitly don't hate- no scurvy at this barstool! Part of the fun of the drink, I suppose, is the many forms in which I've drank it. Perhaps the Gimlet, not unlike myself, defies understanding. 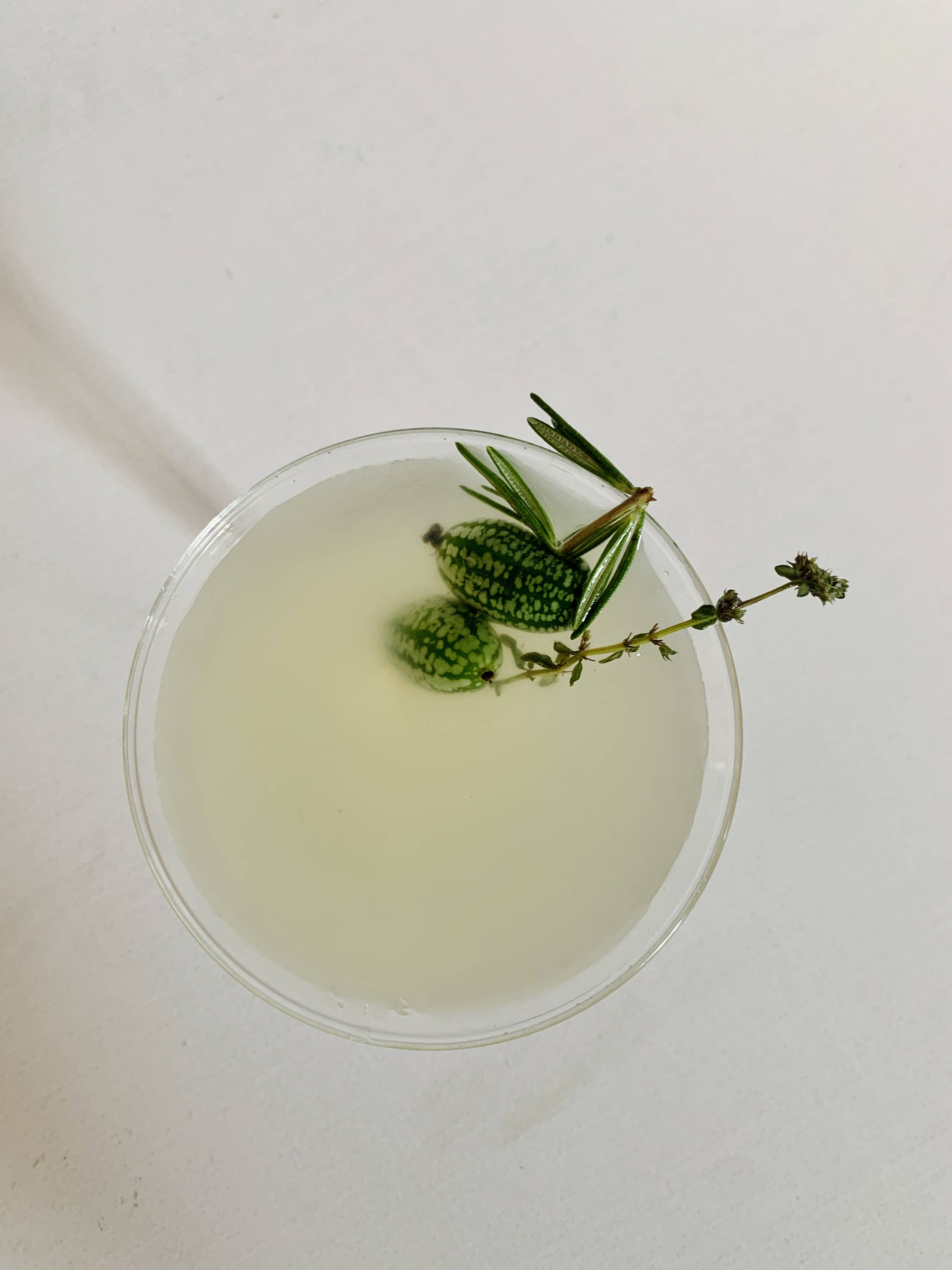 Glass: serve it "up" in a coupe, or over ice with a splash of soda in a pint glass or collins glass

Shake all ingredients over ice until very cold, about 20 seconds. Strain into glass of choice. If desired, add fresh ice and club soda to top.

Make it a mocktail:

a Non-alcoholic "gimlet" is a limeade, essentially. Make one with a ratio of 5 parts water:1 part syrup:1 part fresh lime juice. 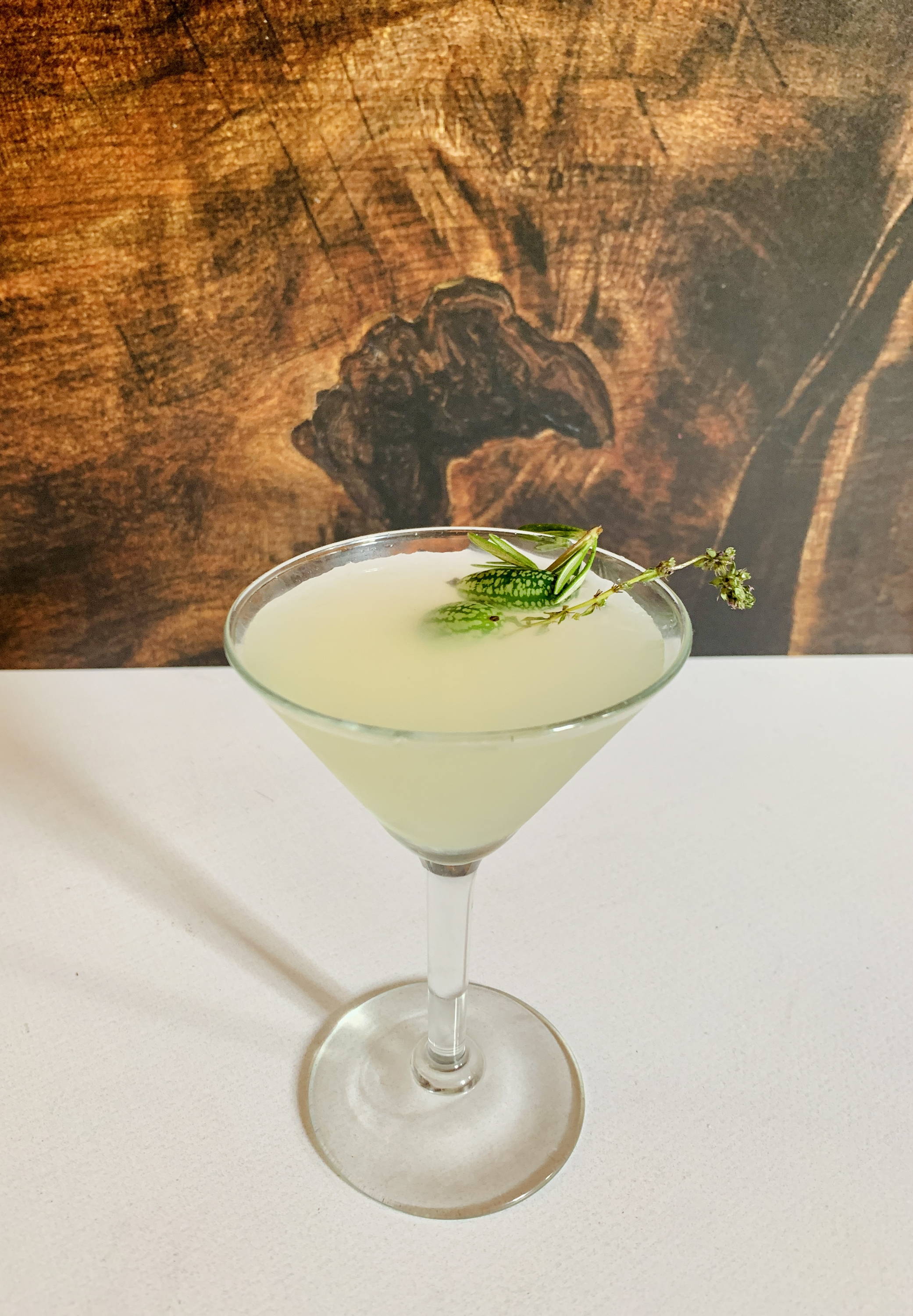 A new era is here, and it makes me happy. The resurgence of punch, of grown up tasting, delightful looking, well-crafted punch, makes me very happy indeed. Punch is such a festive way to batch a cocktail, and the self service makes cocktail hour wonderfully easy on a host. Try this foolproof holiday punch recipe for an easy batched cocktail for entertaining. Belinda's recipe for a spritz cocktail made with aperitif spirits, sparkling wine and simple syrup for the freshest happy hour cocktail- this is a formula more than a recipe, and you need to memorize it. Your friends will thank you! The Soda Shop's of Utah have launched a "trend" that actually goes back a long way, to the original Soda Fountains of the mid-century in America. Make one of these "egg creams" or "dirty sodas" with Simple Goodness flavors for the wildest, freshest spin on the of the moment drinks.