Fall in a glass is a tall order, but we think we've done it with the Buck Season cocktail.

This drink is quick and easy to make, requires just a few ingredients, and really toes the line between something refreshing and something cozy for the Fall season. Around here, that's also opening day of elk season, so we bestowed this cocktail with a double entendre of a name.

In addition to being a male elk, a "Buck” is the name for any spirit + ginger ale/beer + citrus drink.

This one is Fall in a glass, thanks to the combination of apple, cinnamon, and vanilla bean in our Apple Pie syrup, combined with the spiciness of ginger beer. You can use any liquor, and we encourage you to try a few variations!

These types of drinks have commonly begun to be called “mules” in the USA instead of “bucks,” due to the popularity of the Moscow Mule, which is simply one type of buck cocktail, made from vodka. The Moscow Mule was invented as a sales tactic between a ginger beer and vodka brand. The syrup addition mellows out the spicy ginger beer, and we’ve upped the lime portion so the buck isn’t too sweet.

In a copper mule mug or Old Fashioned glass, fill ice to overflow the mug. Pour in spirit of choice, Apple Pie syrup, and ginger beer of choice. Stir. Squeeze in a healthy dose of lime. Stir again before garnishing. To make it a mocktail, simply omit the spirit- it’s delicious! 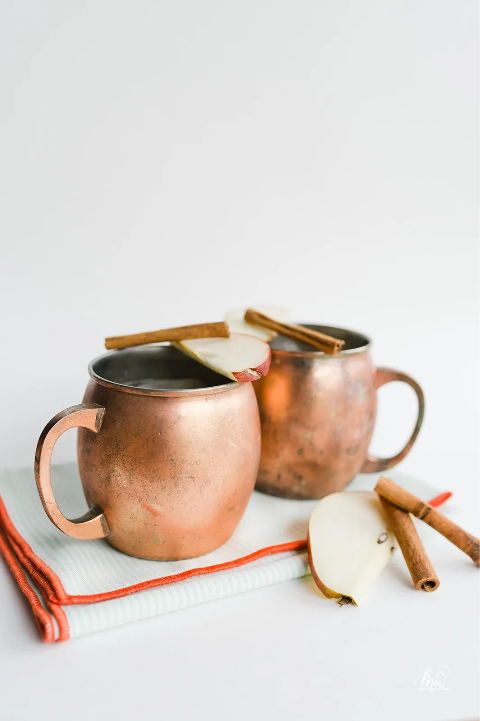 In a copper mule mug or Old Fashioned glass, fill ice to overflow the mug. Pour in syrup, and ginger beer of choice. Stir. Squeeze in a healthy dose of lime. Stir again before garnishing. To make it a mocktail, simply omit the spirit- it’s delicious! 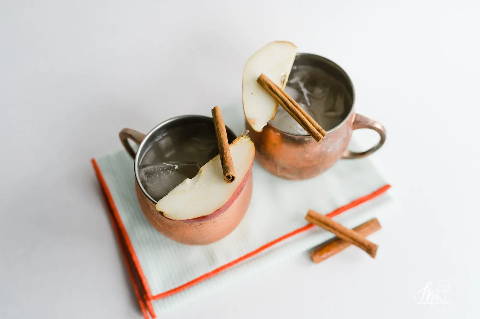 The Simple Goodness snocone takes the nostalgia you love and adds to the treat a fresh, garden to glass twist with our delicious syrups... and, if you so desire, a little booze. Blueberry Lavender is a finalist in the Drinks & Elixirs category. This is our third time as a finalist! Marionberry Mint and Rhubarb Vanilla syrups have each also qualified as finalists in this rigorous specialty foods award program. Meeting the standards of the Good Food Foundation isn't easy, and we have worked very hard to craft a product that meets their standards and our own. As farmers growing sustainably, and as ingredient sourcers to rigorous ethical and health standards, we are making choices for our product that lead us to be a better company.